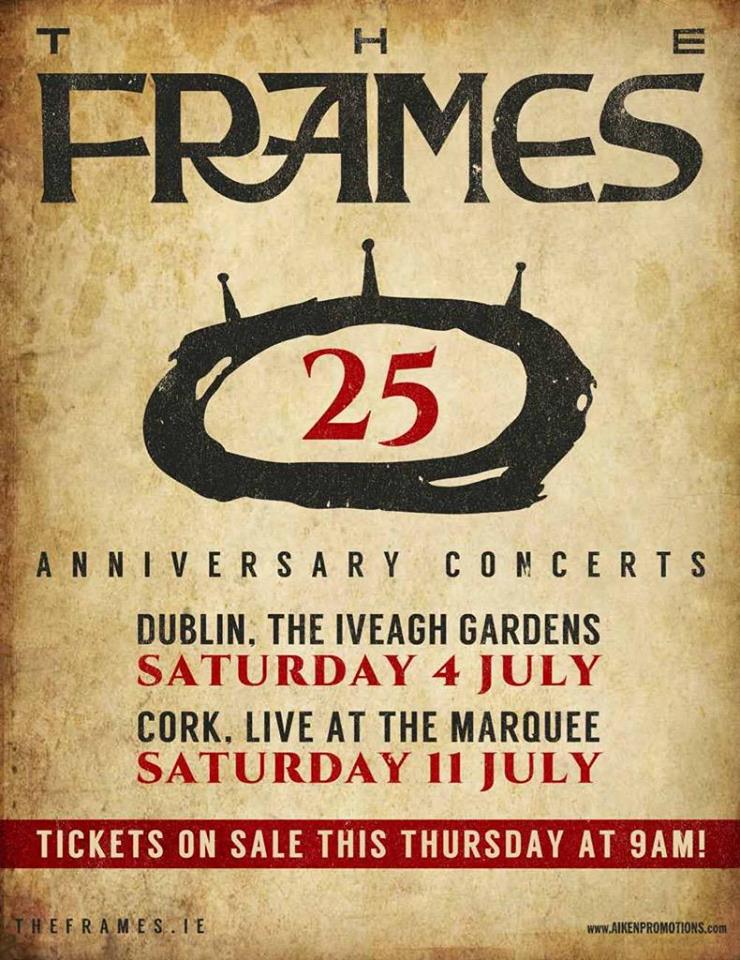 Next month Rob joins the rest of The Frames in Ireland for 3 sold out gigs to commemorate the band’s 25th anniversary! The shows come 1 week after the release of a new Frames album Longitude – a collection of previously released Frames songs chosen by the band, including new versions of “Revelate” and “Fitzcarraldo” and a NEW Frames tune called “None But I”.

In addition, there will be a newly published “The Frames Songbook” that will be available at the shows. You can get more information about all of The Frames happenings at theframes.ie.