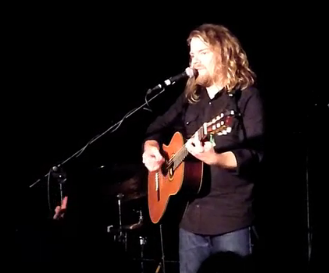 On the final leg of 18 months of touring with Glen Hansard & the rest of his Frames brothers, Rob got to go home, so to speak. He is a first generation American of Polish decent so performing in Poland, in Wrocław and Warszawa, was a special experience. Check out a review from the gig below and Rob’s story & videos of playing some Polish tunes in his homeland!
———

What I chose to play in Poland was a combination of two old scouting songs; “Płonie Ognisko” (The Burning Fire) and “Serce w Plecaku” (Heart in a Backpack). Polish scouts served a different role than typically expected from most kids. In times of desperate struggle, like the Warsaw uprising of 1944, scouts would assist the military by acting as runners, guides, couriers, messengers and assist medics. Many of them perished like the soldiers they were assisting.

Growing up in Chicago, I was in the Polish scouts. Not a typical way of growing up in the U.S. I can assure you. What it did offer me however was a true connection to both Poland and the cumulative stories of my immediate family and ancestry. “Płonie Ognisko” was typically the first song to be sung when a campfire was lit. It is a sombre song whose lyrics always reminded me of my ancestors and the struggle to defend and hold the borders of a nation against unfavorable odds. This song, every time I heard it, tugged at my heart and linked my soul to a place where I wasn’t born, but always felt was my home.

The second song was one of my maternal grandfather’s favorite songs, brought tears to his eyes every time he heard it. A song about a soldier singing to the worried, loving keeper of a fallen soldier’s beloved heart.

The audience in both Wrocław and Warszawa joined in singing both songs. Whenever I’d drop a line, they were there to help me along and lift me up. This was an experience I will never forget. It was also an added bonus to visit with so much of my family at the shows.

Click to read a review from the Wroclaw gig in Polish or simply read the translation here:

They started with “Falling Slowly”, the song from the movie “Once”, which brought Glen world fame and an Oscar. It seemed that dessert was served at the beginning of the reception, but Hansard’s next pieces were “Talking With The Wolves” and “Her Mercy”, this proved that it will not be a concert based on one song.

Well known from the repertoire of The Swell Season “In These Arms”  played only on guitar and “Leave”, “Lowly Deserter” which he played on mandolin, “Low rising”, “High Hope”, “Lucky Man”, or energetic, sounding like a hymn “This Gift” at the end of the main part of the concert – every piece stirred up applause because everything was played in one hundred or more percent. It could not be otherwise, especially that Hansard was the driving force, with an unbelievable voice: he either screams boiling with emotion, and a second later he whispers, then screams again, then he calms down… Everything was played in a clear, melodious, and convincing way. No wonder, that his big fan is Bono from U2.

There were moving moments, played with guitar and violins “Song of Good Hope”, there were tasteful pieces like the solo performance of the violinist, Colm Mac Con Iomaire. Applause was heard when solos from trombone, trumpet and saxophone were played.  There were situations, unforeseen by any concert goer….. It turned out that guitarist, Rob Bochnik from Chicago has Polish roots, and he prepared for the Polish audience a musical surprise. It is unbelievable, that at the concert of a world famed Irish artist and Oscar prize winner, the entire concert hall sang…     “Płonie ognisko i szumią knieje” and “Serce w plecaku”. (“Campfire is burning and forest is humming” and “Heart in a backpack”)